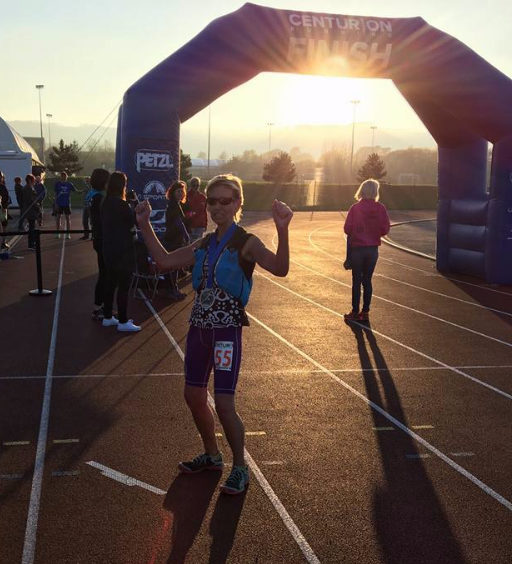 For today’s chosen old school club member we’re joined by one Tracey Owen. Tracey is another one of those members that just can't get Arena out of her blood and has been with Arena for some 27 years. As you will have already read  in the club's history, Tracey was one of the famous 5 that represented England in the team 15k in Italy along with her other Arena team mates, Tracey was an Accountant, and retrained as a Sport's Therapist because of her passion for running! Arena 80 has been the one and only club she has ever belonged to, so she's pretty loyal to those that know her! Early mornings have always been easy for her, so Photography and sunrises are now her #motivation to run……..Tracey is looking at clocking up 100,000 miles by the time she's 55…..and i can happily report that she is still on target! (admin says: wow good luck with that one Tracey and let us know how you get on). So let’s find out a little more about Tracey.

1. When and why did you join Arena:
Approx 27 years ago…yikes! Good question,  and I remember it clearly :-).  I was first woman home in the Lewes10, and Ron Grover came over to me and started to chat. He mentioned that I was an 'unattached' runner and in certain races I would not be an official winner if it was affiliated to the AAA's, therefore as a reasonable newby it would be sensible to join a club like Arena 80 because they also had a strong women's team, therefore I could do well individually and as a team…..the rest is history, one club only;-)!

In truth,  I was so nieve,  and thought I had to belong to a club to be placed:-D! Chris Naylor was there at the time and also sold me the virtues of Arena 80:-). A long story but true:-).

2. How long have you been running:
33 years ish doing races, although 52 years ever since I found my legs!

3. Where did you grow up:
Ive never really grown up, that's why I run! However, Eastbourne was the place where I played.

4. What’s the first thing you notice about somebody:
Their eyes….then their footwear!

5. Apart from running what else do you do with your free time:
Photography of all the beautiful things we see when we run……..currently also a volunteer at an old Victorian Theatre (The Hippodrome) to help it keep 'running'.

6. What’s the one song that gets you up out of your chair:
'Unexpected lover' by Lime.

7. Tell me about something you would happily do again:
Cycle 'Lands end to John O groats' (Le Jog).

8. What are the three most used apps on your phone:
Weather, FB, Twitter.

9. Who is your sporting hero:
Juliette Clarke………although, more well known is Emil Zatopek (or maybe not to the younger runners!).

10. What would be your perfect evening out:
Good food with a couple of very good friends.

11. What’s was your best ever race:
Just done it….South Downs Way 50 miler! I've never run that far in my life!

12. What makes you bored:
I don't know the meaning of the word, its not in my vocabulary.

13. If you could visit any country in the world, where would you go:
I love the UK, and still have so much to see here.

15. Tell us something we don’t know about you:
I used to DJ in a Brighton club, and an Eastbourne Pub when I was 21!

16. What’s the one thing you are looking forward to in 2017:
The South Downs Way 50 mile….just completed, and very happy!

17. What has been your biggest achievement in your life so far:
I'm still here? Joking apart…… the great friends I have made, and still spend time with.

18. What gives you a high:
Running on the South Downs for hours and hours….and the first use of the head torch doing the same as winter arrives!

19. Who was you first celebrity crush:
Kate Bush!

20. What advice would you give to your younger self:
None….I've loved the learning all the way through…..and long may it continue….

Our biggest thanks to Tracey for her Q&A’s today and we hope that you feel that you have now got to know Tracey a little better. Check back tomorrow as we bring you another old school club member with another set of Q&A’s.