Found in the archives are these results from what was the Arena club championships that Arena used to hold. These are from 1998 and 2001 and show that the athletes back then had to do a mixture of different races and depending on their times and places they then scored points to eventually have an overall winner at the end of them. I don’t have the details as to how it was done but it will be interesting to find out.
Anyway check out some of the times that were being done back in the day and also check out some of the names and their times as you may well know a few of them and be surprised by the times they were knocking out. How do you think you would do up against these guys if you were to race them now? 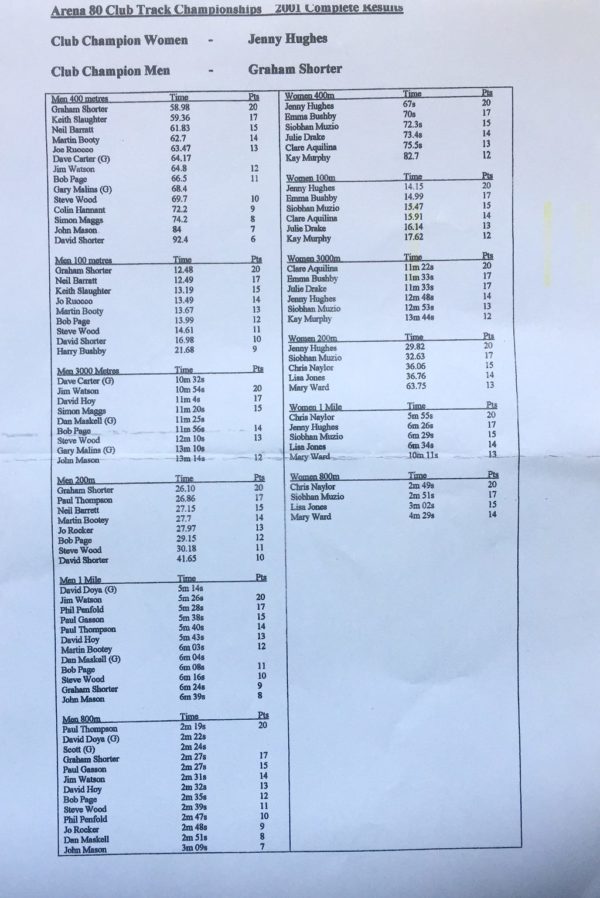 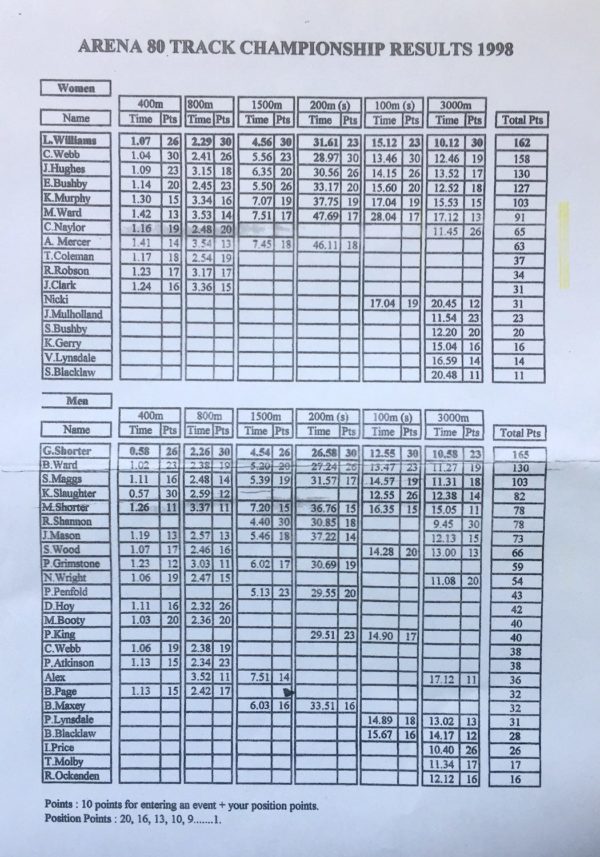