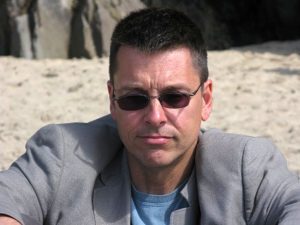 For this weeks chosen club member we are joined by the man who has just won the Arena award for the Arena 80 athlete who has shown the greatest improvement during 2017. For those that haven’t see the notes on the evening then the reason that John won was due to the extra work he put’s in with his training which has helped him to notch up PB’s this year in every distance that he has run in. You will find him hanging out with Nicky Yeates at parkruns and races as they push each other on during the races. John has come along way since he first started with Arena as back then he started in the improvers group. he has certainly pushed himself to get to where he is today and the awards was justification for all of that hard work. So now let’s meet John Thompson.
Name: John Thompson
1. When did you join Arena:
April 2016.
2. How long have you been running:
Four years
3. Where did you grow up:
Southend, Essex
4. Which three words describe you best:
Dashing, determined, delusional
5. Apart from running what else do you do with your free time:
I like to swim a couple of times a week and also socialise with other running pals
6. What’s the best thing that’s happened to you this year:
It’s a secret…
7. Tell me about something you would happily do again:
Re-visit South Island, New Zealand. Beautiful and surprisingly diverse scenery with lots of exciting activity opportunities and great food and wine. Also just about any kind of (benign) wildlife encounters.
8. What was your favourite subject at school:
Creative English writing.
9. Who is your sporting hero:
Brighton-based ultra runner Dan Lawson (https://en.wikipedia.org/wiki/Dan_Lawson)
10. What do you consider to be your best race:
This year’s Phoenix 10k – massive PB both for the first 5km and the entire race
11. Have you anything on your bucket list that you still want to do:
Swim the Olympic pools of the world (or at least some more of them), swim with dolphins, run some parkruns abroad, cycle Mizen to Malin in Ireland, bring more kittens into the world (ideally Abyssinians), see my son sorted, settled and happy.
12. What is your favourite drink:
Cider.
13. What makes you happy:
Swimming, cycling, cinema and cider with company.
14. Name 3 people (dead or alive) you would like to sit in a pub with:
My brother Keith (who passed away earlier this year), my son (when he is old enough) and my Mum (but not necessarily all at the same time).
15. Tell us something we don’t know about you:
When I was a teenager, I brewed my own beer and wine and also bred gerbils, some of which won best of breed at a show for pigeons, rabbits, poultry and rodents at Alexandra Palace.
16. What TV programme is a must watch for you:
Game of Thrones.
17. What’s your earliest memory:
Encouraging wars between rival red and black ant colonies in the garden of the house where I was born.
18. Have you got or ever had a nick name:
JT, because where I grew up there were a lot of other people called John.
19. If you didn’t run what other sport would you like to have done:
I would always rather be cycling, but I would like to learn to ski.
20. What was the last book you read:
Lee Brilleaux: Rock’n’roll Gentleman by Zoe Howe (I really should get back into reading more…).
Our biggest thanks to John for his Q&A’s this week and we hope that you feel that you have now got to know John a little better. Check back next Wednesday for another set of Q&A’s with our chosen club member.