As we all know today was the first big race of 2018 in Brighton with the event of the Brighton Half Marathon. With many thousands of runners taking to the streets of Brighton and many Arena athletes competing with so many fine results and PB’s a plenty there was, what I call, some unsung heroes that stood out in the streets and faced the ‘feels like’ -7 wind chill early on and then continued for a few hours more. These of course, are the Arena volunteers who stepped in to man the Peace Statue area to keep the public moving safely across the paths of the runners. Not only that but they gave so much love and support to all our Arena athletes as they passed by to give them that extra boost as they headed of towards the last stretch of the race. We know how much this means to our guys out there and that much-needed injection of support to help them get through the last part of the race.
However this is not just about those volunteers from today but also to all the Arena volunteers that give up so much of their time during the year and other events.
Those Arena volunteers that were there at Stamner Park a few weeks ago in the freezing rain and mud. Those that have helped out at parkruns over the winter months and giving back to the running community. Those that help with our club only events or our Arena hosted events. Those that help at the Brighton Marathon whether it be at the race pack collection, mini-mile event or the various zones around the city. Those that help out at other major race events put on by other running event companies. So many things would not and could not happen without there support, all of these people are our club unsung heroes. To all of you that have been a part of all/any of these then we say thank you, thank you, thank you on such a fine job you do and giving back to the sport we all love. 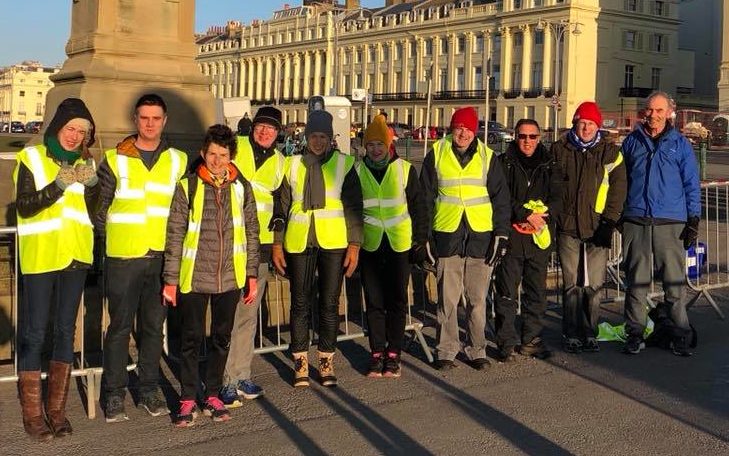