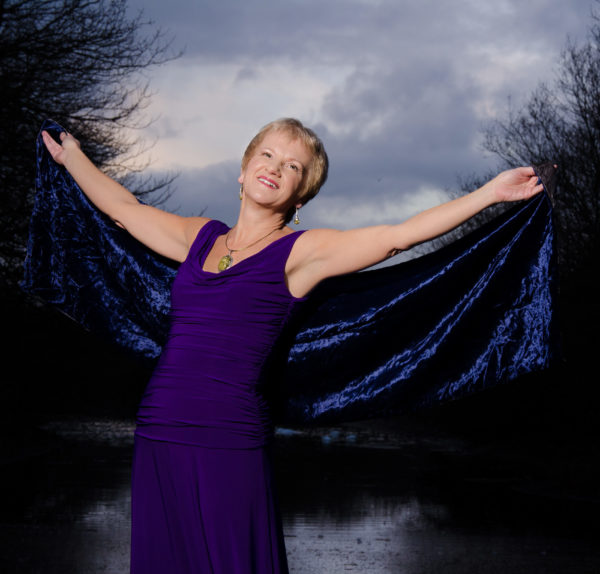 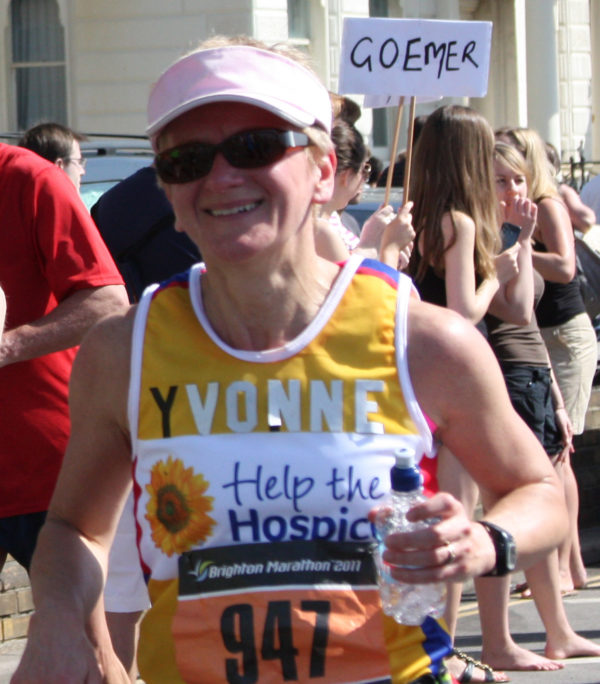 For this week’s chosen club member we are joined by someone who is new to running, in running years that is. She is more at home to performing in front of crowds rather than the solitude of training runs. Yvonne was a sprinter at school, 100yds (in those days) and the first leg in the relay, but as she got into her teenage years, music took up most of her time, singing, choirs, orchestra etc and so sport went by the by, probably the right decision as she ended up making her living as a professional opera singer!  She dipped in and out of fitness over her years of touring and travelling but got back into it when she had to train to be a trapeze artist for a role in an opera.  From then on fitness and exercise became part of her life and even trained as a PT and Sports Therapist when her singing diary looked a bit like a snow storm!  However, singing work picked up, Yvonne started to diversify into teaching singing and adjudicating at festivals, so didn’t actually use it that much except for getting Darren Jones, now an Arena 80 runner, into running! Take it away Yvonne.
Name: Yvonne Patrick
1. When and why did you join Arena:
I joined Arena 80 about 2-3 years ago (after running with Jo Phillimore) to push myself and run faster…… seems to be working!
2. How long have you been running:
Probably about 16 years ago but got serious after watching the first Brighton Marathon and proceeded to run the next three.
3. Where did you grow up:
South Derbyshire but have now lived in Sussex for 24 years.
4. What do the last five words of the last text sent to you say:
….. given you so much homework!
5. What types of holidays do you prefer:
Short ones! I’ve travelled the world singing on cruises and performed opera in the Rift Valley all of which has satisfied my wanderlust!
6. How long does it take you to get ready to go out:
As short a time as possible – was always first out the dressing room at the end of shows (trade secret…. underdressing for the curtain call!) – either to get to the pub or into the car to drive home from anywhere in the country.
7. Does anything scare you:
Birds and dogs when running.
8. What word or phrase do you use a lot:
Positive ones.
9. What makes you bored:
Having been lucky enough to do what I love for a job, I don’t really ever get bored.
10. What would be the hardest thing for you to give up:
Singing and mobility.
11. What were you like a school:
Fairly quiet but involved in lots of school activities particularly through music, including playing the piano and singing in school assemblies.
12. What is your one weakness:
Being very self-contained when working and not being able to switch off.
13. Who was you first celebrity crush pop star and film star:
David Cassidy.
14. Anything you hope to do in the next 5 years:
Keep singing and run the London Marathon.
15. Tell us something we don’t know about you:
Sang O mio babbino caro (opera aria) in full concert dress at 5am at the end of rave in Newcastle Arena.  The idea was to calm everyone down before they left the venue.
16. Who is your sporting hero:
Brian Clough.
17. What one thing do you like to do the most:
Difficult to limit it to one thing – Sing, run, eat, drink, not necessarily at the same time or in that order!
18. Do you like to plan things out in detail or be spontaneous:
A bit of both, have to be disciplined in my job but sometimes have to be spontaneous, particularly if you forget your words!
19. You can have 3 people to dinner, who would you choose (non-family):
Brian Clough, Mozart and Peter Kay or Paloma Faith……
20. Have you ever baked a cake, who for and was it a success:
Yes, anyone who’ll eat it, yes.
Our biggest thanks to Yvonne for her Q&A’s this week and we hope that you feel that you have now got to know Yvonne a little better. Check back next Wednesday for another set of Q&A’s with our chosen club member.