The weekend just gone bought us a race which was, let’s just say, pretty much out of the normal run (‘scuse the pun) of the mill kind of race. Set in Crawley this was an endurance race of pretty epic proportions and went by the name of the Crawley AIM 6/12/24 Hour Track Race.
As many of our athletes well know, those long long runs can get very boring at times and when we get those long runs in for the marathon they take quite a chunk of time to do, so imagine if you will, running around a 400m athletics track for a minimum of 12 hours, well that’s exactly what two of our athletes did. Stand up and take a bow Tamar Coleman and Brigitte Groves as they took on the 12 hour challenge and when asked why? The answer was why not!
So the rules are to run around the track for 12 hours and well that’s pretty much it. They did get a respite of going round and round by being allowed to change direction after 4 hours to then be able to go round and round in the opposite direction. You might laugh here but I did read that by doing this it gave the runners a lift and it made them feel like they got a new pair of legs to run with.
With the various race lengths all going on at once there was a great camaraderie amongst all the athletes whether they were first in their race or last, everyone gave words of support and encouragement to each other and I totally get why there was so much respect giving to each other out there.
The weather was cool and it did rain a couple of times during the night so it was tough times at that point but they got through it ok.
Speaking to Tamar on how she coped with the long race she said that show downloaded loads of episodes of Desert Island Discs as she didn’t want dance music for hours on end. The reason for this was that she had no idea what was coming on next and it was a great way of breaking the boredom but it was also really interesting to listen to. Tamar’s way of dealing with the race was to run 5 laps and to walk 1 which worked well for her. Food-wise Tamar said that she grazed quite a bit to keep her strength up.
Speaking to Brigitte she had a slightly different approach to the race. The hardest part of the race for her was nutrition as she really didn’t want to eat anything and it was really hard to make herself eat but she knew she had to in order to keep going. She had an old battery radio to listen to which helped her through and she chose to run 10 laps and walk 4. Towards the latter part of the race she was running the straights and walking the bends until the time was getting close to the end where she manage to put in some more effort to bring her laps up.
I haven’t worked out if you have got to be mad or courageous to do this race but whatever it is there is no doubting the respect that you have to give to our ladies on such a tough mentally challenging race. Next time you see these ladies please congratulate them on a job that was above and beyond and give them your kudos a plenty.
For the records of the 12 hour race, Tamar was 3rd lady and Brigitte was 4th lady so a mighty fine showing from our Arena ladies.
This is another show of what our Arena athletes are capable of and we really do raise our hats off to you both on such an extraordinary feat of endurance running.
Their running stats were: 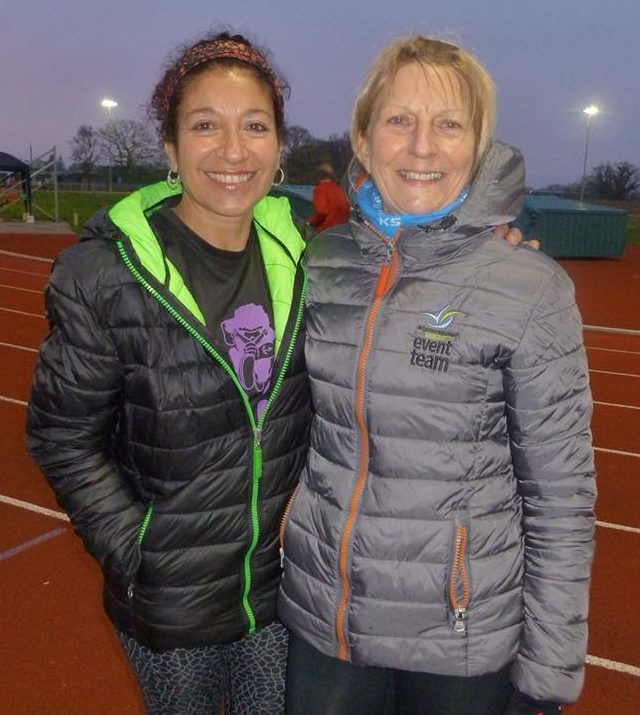 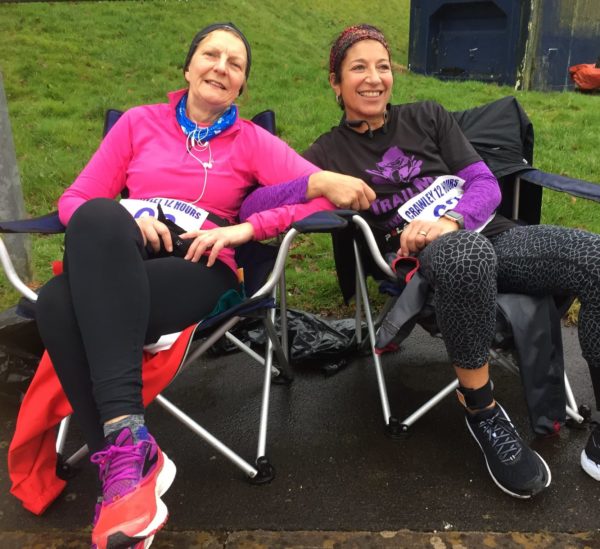