It was a great day for our travelling Arena athletes as they took on the Vitality London 10’000 on Monday 28th May. The heat will have played some sort of role with the times but that didn’t stop some of our guys pulling it out of the bag.
It was that lady Tara Shanahan, who has been on such tremendous form this year, who again came home in yet another 1st place to go along with the many others that she has already gained in 2018. There really is no stopping this lady on her current form and with her 1st place in her age group (45-49) came a time of 37.44. Her splits show that she was quicker in the second half of the race with her halfway time showing as 19.11. Her time of 37.44 was a new PB time beating her previous best of 37.45 set at the Brooks 10k in November. It might be one second but a PB is still a PB and in these conditions you will take that. Tara has now PB’d every year since her first 10k in 2013 when her time was 43.03 and like a fine bottle of wine, is just getting better and better with age. A superb time and we say huge congrats to Tara.
There was also another PB time set and an excellent 2nd place in her age group (60-64) which went to the ever so consistent Nicky Yeates. Her time of 44.09 beat her previous best of 44.11, and like Tara, it was also set at the Brooks 10k in November. Now if you are looking for perfect pacing then this is as good as it gets really, as her halfway split shows as 22.12, now that’s what I call even pacing!
Other names to pick out are Dani Tarleton who gave another fine performance coming home in 4th place in her age group (44-49) in a time of 39.27.
Another lady in some very good form at the moment is Katie Wright who also PB’d here in a time of 41.06 beating her previous best of 41.09, and dare I say it, was set in the Brooks 10k.
Well done to all of our other athletes that all ventured up to the big smoke and also gave equally some fine sold performances. The blues keep marching on. 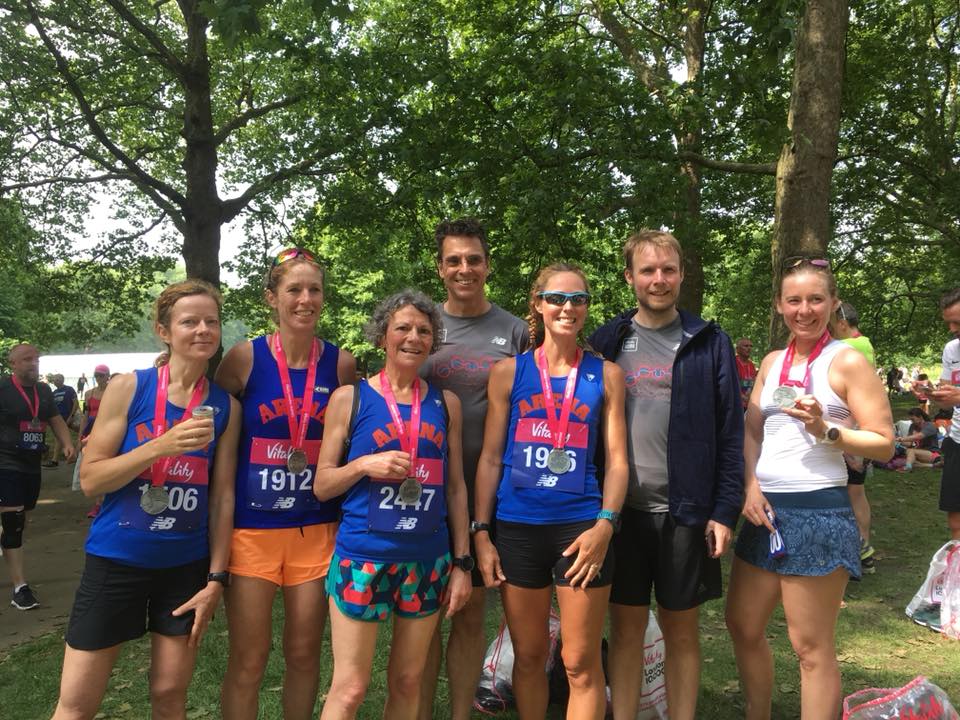